The Sights of Cambridge

The backs of Cambridge are home to the most iconic views of Cambridge University and it’s colleges. They were nearly an English Heritage Historic park, and almost landscaped by famed British gardener “capability" Brown. Unfortunately this plan never came to fruition, as the famously fractious colleges could not be made to agree on a single layout or design. Fortunately, the result of this disagreement is something even better. Today the winding path of the river travels past both the public facades of the colleges, but also their hidden secrets and inner courtyards. As it does it tells a story; of the different eras of Cambridge life, as well as the rivalries, philosophies, and occasional mischief that have shaped it. Beautiful, strange, and surprising. You’ll see gardens, architecture, wildlife, and even the occasional student in their natural habitat. 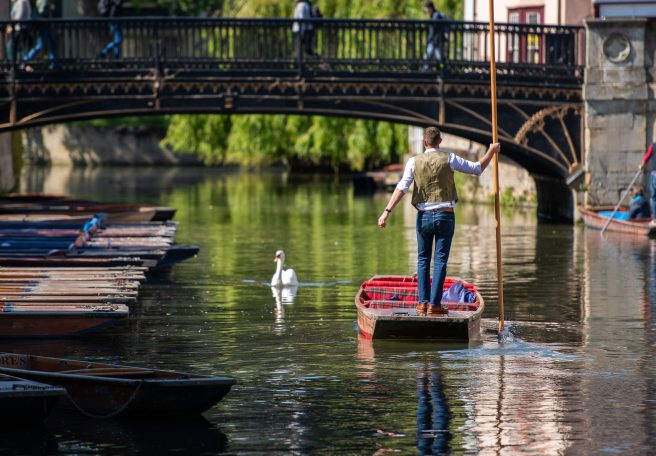 Originally a college for young monks, Magdalene began life as a house of poverty, chastity, and obedience. It didn’t last. Situated rather too conveniently for the Pickerel Inn (a 15th Century house of ill-repute), Magdalene’s misbehaving monks had to be removed during the reformation when it took on it’s current name under Thomas Audley.

Today Magdalene is perhaps better known for it’s drinking society the Wyverns than monastic piety, but it has managed to give us such literary greats as Samuel Pepys and C.S. Lewis. 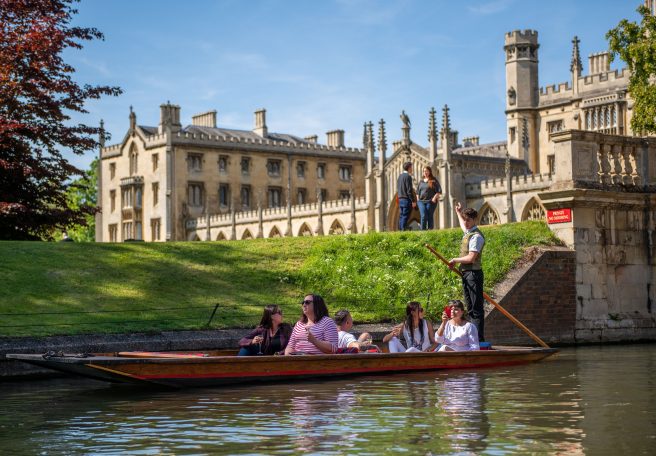 Founded in 1511, John’s is home to some of the most breath-taking views in Cambridge. Of particular note is the neo-gothic masterpiece ‘The New Court’ as well as the Bridge of Sighs. But that’s just what they want you to see. Your ride will take you through the back of the college, and show you what they’re hiding behind those famed buildings. Perhaps you’ll learn why the other colleges sing “We’d rather be at Oxford than St John’s” 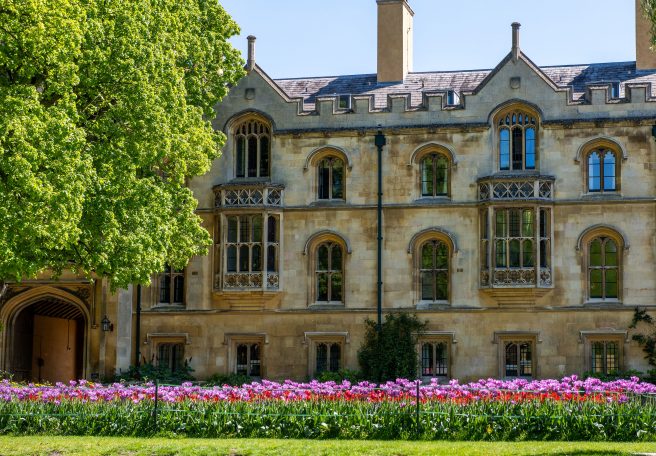 The flagship college of the Early Modern period, Trinity was founded by King Henry VIII himself. Today it remains the wealthiest of the 31 colleges in Cambridge and the largest landowner in our city. This behemoth of a college unites figures as diverse as Isaac Newton and A.A. Milne, both of whom’s original works are stored in the college’s Wren Library. 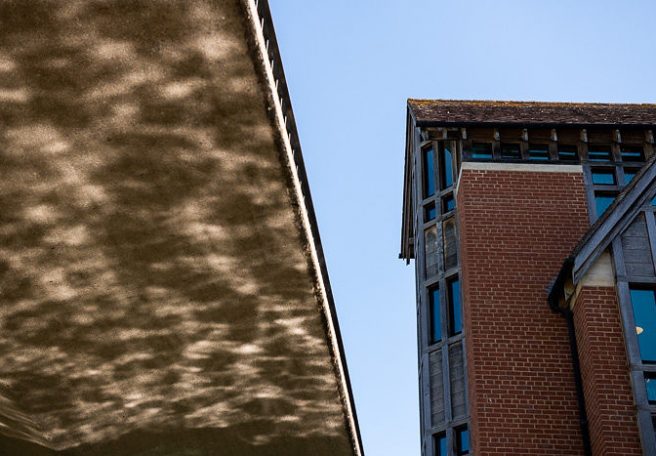 Trinity hall is much older than it appears from the river, which is overlooked by the modern Jerwood Library extension.

Founded in 1350 with just two teachers and two students after the plague had ravaged Cambridge. The college would ultimately provide refuge to a young Stephen Hawking when he made the most intelligent decision of his life and left Oxford for Cambridge. 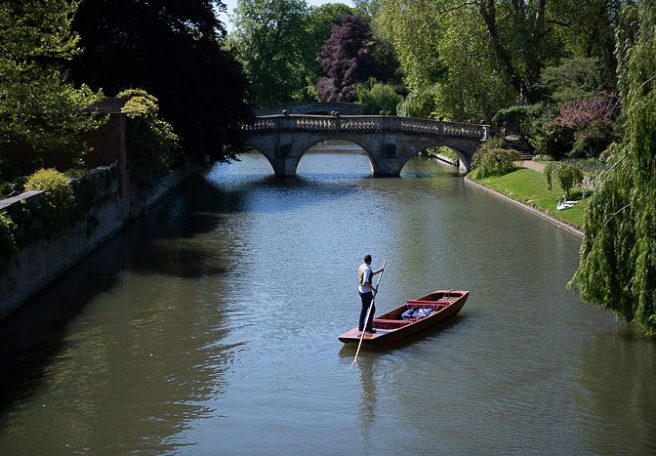 Famed today for it’s beautiful gardens filled with, amongst other exotic wonders, some of the finest banana trees in Cambridge. This college also boasts the oldest surviving bridge in Cambridge. Founded by the ill-fated Elizabeth de Clare and alma mater to beloved national treasure, David Attenborough. Whether you like History, nature documentaries, or ill-advised gardening experiments: this college has something for you. 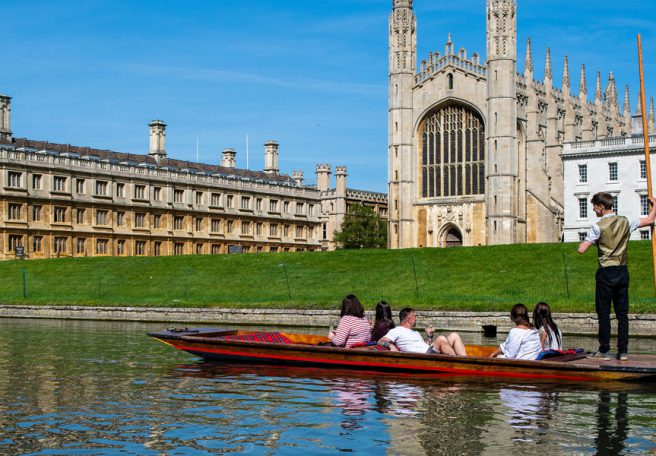 King’s College, along with it’s chapel is the postcard picture of Cambridge. The chapel, undisputed masterpiece of perpendicular gothic, represents the labour of four different architects, building over almost 100 years. Naturally, students over the centuries have not been able to resit climbing it.

Of particular interest to our customers with a taste for Chinese romantic poetry (Which is everyone, surely?) is Kings’ Bridge, where a marble memorial to the famous Xu Zhimo (徐志摩) sits today. 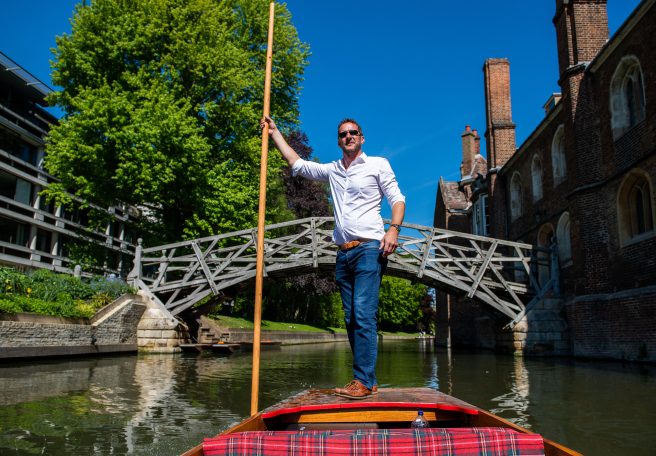 Queens’ college was founded and refounded by a succession of Queens, starting with Margaret of Anjou. It is notable both for being the college of famous renaissance humanist Erasmus of Rotterdam, as well using an apostrophe correctly (unlike their next door neighbour King’s).

Today the backs of the college are best known for being home to the Mathematical Bridge. Come and join us on the river to learn both the lies and truth about this structure…